Nabbi Omukazi  Maggie Kayima has been sent to Kitalya Prison for allegedly aiding Pastor Sirajje Ssemanda to escape to Tanzania Via Mutukula border post after steaking billions of shillings.

Pastor Sirajje Ssemanda of Revival Church Bombo and the man at the centre of sh45bn fraud against pastors and directors of private schools under the Pentecostal Churches of Uganda was arrested escaping with his wife with a four-month breastfeeding baby and a widow. 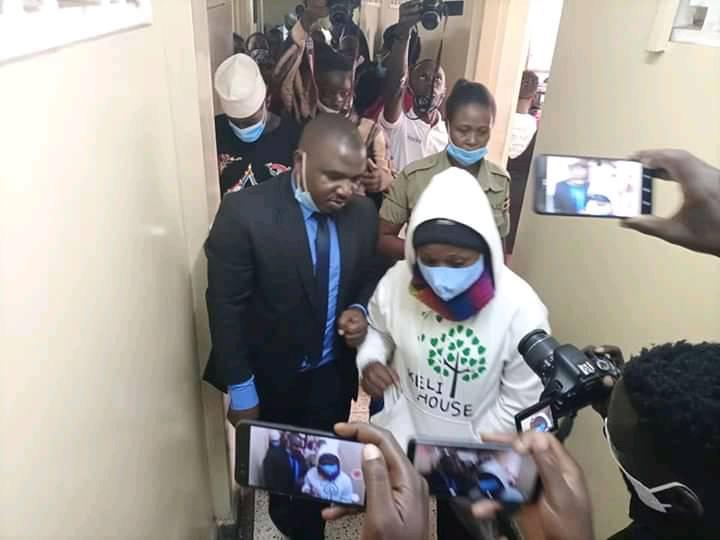 Lt. Col. Edith Nakalema, the head of the State House Anti-Corruption Unit (SHACU) directed for the commencement of the investigations into allegations against Pastor Ssemanda, who is pinned for defrauding pastors and schools. He was arrested after crossing Mutukula border.

Nakalema told journalists that on searching his car after his arrest, the police established that he was escaping with two women and a baby.

Nakalema stated during a press conference that on interrogation, it was established that one of the women was Ssemanda’s wife, Bennah Namisinga and her elder sister, Maggie Kayima alias Nabbi Omukazi. Kayima is one of the widows of the late Pastor Augustine Yiga of the Kawaala Revival Ministries Church who died recently. Police detectives then took Kayima and Namisinga to the Anti-corruption offices at the Parliament building where they were interrogated.

According to Nakalema, the police had so far not found any evidence connecting the women to the fraud.